The property at 4225 Crenshaw Boulevard known as Maverick’s Flat night club opened in 1966 with the Temptations as its opening act. The club soon developed a reputation as one of the foremost jazz, soul, and rhythm and blues venues in Los Angeles. An early backer was Jim Brown, the NFL Hall of Famer. In 2000, Maverick’s Flat joined the likes of such city landmarks as the Hollywood sign, Griffith Observatory and Farmers Market, and was named City of Los Angeles Cultural Monument No. 679 in recognition of the role it played in the city’s pioneering black music scene.

“We are very happy with this sale and received multiple offers within ten days of marketing, said Clouser. “This is a very unique property with a long history in the community that will benefit from extensive redevelopment that is currently underway in the vicinity.”

The two-story, 8,330-square-foot property is situated on 18,224 square feet of land just one-block south of the Baldwin Hills Crenshaw Plaza slated for a $700 million project; and mid-way between the MLK Jr and Leimert Park subway stations scheduled to open in 2019. The area stands to benefit from its proximity to the nearby Los Angeles Stadium and Entertainment District at Hollywood Park, site of the LA 2028 Summer Olympics and two NFL franchises – LA Rams and LA Chargers.

“Kennedy Wilson conducted a flawless sales process and the best result was achieved for ownership,” said Gilberto Partida of the Valley Economic Development Center. “It was great to have such a strong sale and 30-day escrow period.” 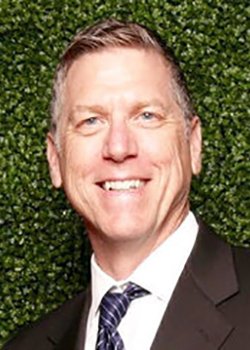 Properties (the "Property") are offered together with improvements thereon "as is, where is" with no warranty expressed or implied. The Seller and Brokers make no representations regarding the Property offered for sale such as size and condition of improvements, lot size, boundaries, zoning, code violations, compliance with applicable ordinances, property features, rights, obligations, etc. All information and documents provided by the Seller and Brokers are from sources deemed to be reliable but are not guaranteed. A prospective purchaser must rely on its own investigation and inspections prior to purchasing. Property is offered subject to withdrawal or prior sale at any time prior to a legally binding purchase and sale agreement. The legally binding purchase and sale agreement contains the entire agreement between parties and supersedes all prior communications, whether oral or written, express or implied, between the parties. EQUAL HOUSING OPPORTUNITY

This privacy policy sets out how we use and protect any information that you give us when you use this website.
We are committed to ensuring that your privacy is protected. Should we ask you to provide certain information by which you can be identified when using this website, then you can be assured that it will only be used in accordance with this privacy statement.

What we collect
We may collect the following information:

What we do with the information we gather
We require this information to understand your needs and provide you with a better service, and in particular for the following reasons:

Security
We are committed to ensuring that your information is secure. In order to prevent unauthorized access or disclosure we have put in place suitable physical, electronic and managerial procedures to safeguard and secure the information we collect online.

How we use cookies
A cookie is a small file which asks permission to be placed on your computer's hard drive. Once you agree, the file is added and the cookie helps analyze web traffic or lets you know when you visit a particular site. Cookies allow web applications to respond to you as an individual. The web application can tailor its operations to your needs, likes and dislikes by gathering and remembering information about your preferences.

We use traffic log cookies to identify which pages are being used. This helps us analyze data about web page traffic and improve our website in order to tailor it to customer needs. We only use this information for statistical analysis purposes and then the data is removed from the system.

Overall, cookies help us provide you with a better website, by enabling us to monitor which pages you find useful and which you do not. A cookie in no way gives us access to your computer or any information about you, other than the data you choose to share with us.

You can choose to accept or decline cookies. Most web browsers automatically accept cookies, but you can usually modify your browser setting to decline cookies if you prefer. This may prevent you from taking full advantage of the website.

Links to other websites
Our website may contain links to enable you to visit other websites of interest easily. However, once you have used these links to leave our site, you should note that we do not have any control over that other website. Therefore, we cannot be responsible for the protection and privacy of any information which you provide whilst visiting such sites and such sites are not governed by this privacy statement. You should exercise caution and look at the privacy statement applicable to the website in question.

You may request details of personal information which we hold about you under the Data Protection Act 1998. A small fee will be payable. If you would like a copy of the information held on you please write to [address].

If you believe that any information we are holding on you is incorrect or incomplete, please write to or email us as soon as possible, at the above address. We will promptly correct any information found to be incorrect.